The Bharat Scouts and Guides (BSG; भारत स्काउट्स एवं गाइड्स) is the national Scouting and Guiding association of India. The national headquarters of BSG is recognised by the Government of India.

The Boy Scouts Movement had a simple start in the year 1907 when a retired Army General Lord Baden Powell conducted an experimental camp in Brown sea Island in England with 20 boys. The successful conduct of the camp and publication of the Book "Scouting for Boys" in a fortnightly marked the start of the Boy Scout Movement.
In the year 1910, Crystal palace Rally was held where Girls wearing the boy Scout uniform appeared and wanted to join the Scout Movement. Lord Baden Powell decided to start a movement for Girls with the help of his sister Agnes Baden Powell 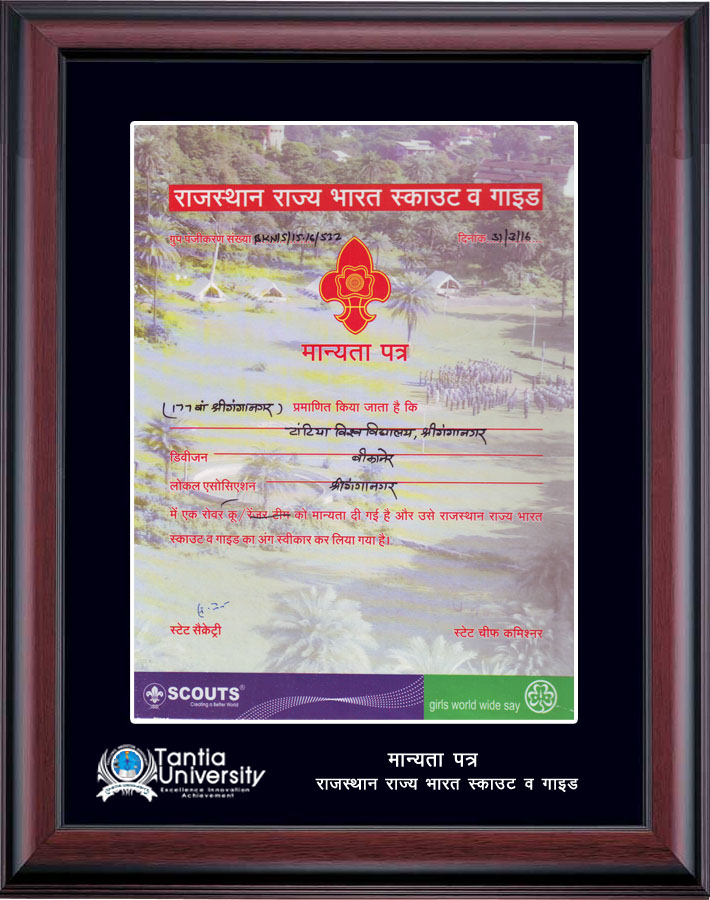 Scouting started in India in the year 1909, when Captain T.H.Baker established the first Scout Troop in Bangalore and got it registered with imperial Headquarters, London.subsequently, Scout Troops were formed in Kirkee (Pune), Simla, Madras, Jabalpur, Lonavla (Mumbai) and registered with the Imperial Headquarters during 1910 and 1911. These units were open to European and Anglo Indian Children only.

The first Guide Company in India was started in Jabalpur, Central India in 1911.

As the Scout Movement was not initially open to the Indian boys, Nationalist leaders of India decided to offer Scouting activities to Indian Boys and Sewa Samiti Scout Association was formed with Headquarters in Allahabad by Pandit Madan Mohan Malviya, Pandit Hriday Nath Kunzru and Pandit Sriram Bajpai. Dr.Annie Besant with the help of Shri G.S.Arundale started a seperate Scout Association for Indian Boys in Madras.

Efforts were made for unification of different scout groups existing in India during the visit of Lord Baden Powell to India in 1921 and 1937 but failed. Major reason for the failure in unification was the promise clause which included the word "Duty to King". Our Patriotic sentiments of our Nationalist leaders did not approve the allegiance to the British Empire and instead it was insisted that allegiance loyalty to the Country should be part of the Scout Promise.

The Bharat Scouts and Guides is a Registered Society under Societies Registrations Act. It is totally voluntary, non-political and secular Organisation.

The National Headquarters of the Bharat Scouts functioned from Regal Building, Connaught Place, New Delhi, till 1963.Thereafter, it shifted to its own building and is functioning from Lakshmi Mazumdar Bhawan , 16, Mahatma Gandhi Marg, Indra Prasth Estate, New Delhi – 110002. The National Headquarters building was inaugurated in the year 1963 by the then Vice President of India Dr.Zakir Hussain.